History of SAP Business One - Chapter 3 - The spin off

Quicksoft was a great greenhouse and the flow of the technology to Menahel was vital, but after years of working under this umbrella came the time to establish a company that would focus on developing and selling the product.

At the end of 1996, Menahel became a registered private company where 50% was held by the Agassi family, 25% by Harel Computers, and 25% by others (including 15% of the shares allocated as employee stock options).

The untold story of the partnership with IBM

In those days, Harel Computers was the biggest distributer of IBM hardware in Israel, with 50% of the PC sales market in the country and had excellent contacts with IBM management. As a result, IBM became a business partner and purchased USD 500,000 licenses of Menahel, using their distribution channel to sell the product to the potential market.

With the support of IBM, we held events, campaigns and most important, used the brand of IBM to show reliability of the company and the product. IBM generated leads using their big call center, Menahel sales people conducted demos and the channel partners that had a product and sales training for Menahel, closed the deals.

The partnership with IBM lasted until the end of 1998, after IBM failed to deliver the expected results, reflecting that most of their dealer business was around selling hardware.

The founding team of Menahel, early 1997 in Reuven Agassi’s backyard

The product definition – you need , we deliver

A part of the product definition and development followed the market needs. In fact, where there was demand coming from potential customers, we delivered a solution. Two examples include:

Factors in the item card – A customer I met, a shipping company that charged their customers by volume, wanted to have all dimensions of a package and number of boxes. The development team was not familiar with this topic and asked me to write a “definition”, which I did in a few hours. That is how the Factors feature was born…

Sort the columns – My prospect asked to sort the columns in the document by Code, Name, etc. for when he sold an assembly Bill of Materials. Following a rejection from development claiming that it is not feasible as the yellow arrows in the lines are connected to the database, I escalated to Mr. Agassi who gave them a week to complete the task. And indeed, this request was fulfilled within few days and sold to the new happy customer. 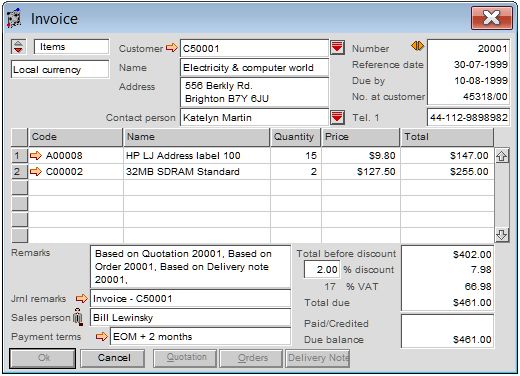 The training in the early days

Menahel was so easy to learn that a new customer needed to participate in only two, free of charge four hour training meetings at Menahel offices. The first meeting focused on general orientation, business partners, items and documents; the second focused on system set up of the customer company and so, by the end of this session, the customer backed up the system on a diskette and could start working live the next day. A comprehensive and detailed user manual gave the user all the needed information. 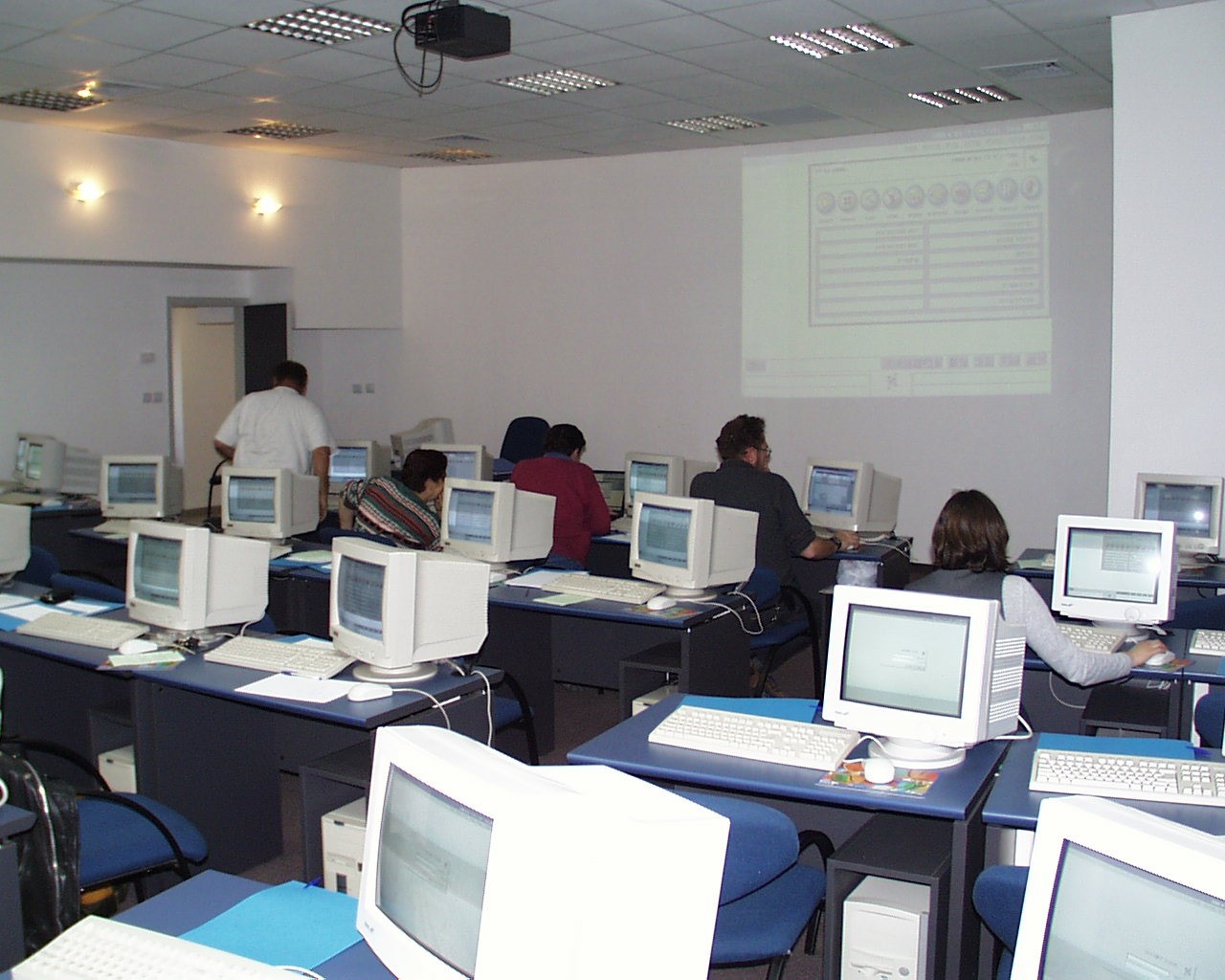 The first training center of Menahel

Panama and Colombia - In late September 1997, Yoni , an IT hardware expert from Panama visited a computer exhibition in Tel Aviv, looking for a gaming software in Spanish to sell back home. On his way, he passed by the Menahel’s booth where Gadi Shamia, VP Sales, Marketing & Business development talked about Menahel and I showed it on the screen. They liked the product and purchased a box. In fact, they liked it so much that the day after, they had a call with Reuven Agassi about distribution in Panama, Colombia and Chile.

It took few weeks to raise the USD50,000 needed for the project and the work of translation and localization started. The main translation challenge was the direction of writing from left to right, opposite to the original system language ,Hebrew where the direction is from Right to left, as well as the very long title strings in the software comparing to those in Hebrew. In addition, the user manual been translated from a single volume in Hebrew into two volumes in Spanish due to the long descriptions needed in Spanish.

To make sure the product will have a name with a global touch (unlike Menahel) we named it TopManage, a name that would remain with the product in all countries besides Israel until the SAP acquisition in 2002.

Singapore and Malaysia - Another attempt was to sell the product to Singapore and Malaysia. During the demo with the local investor, he was so impressed by the fact that a document could be duplicated very easily, that he agreed to distribute the product, but insisted that it should be named “Dolly” after the first cloned sheep Dolly. Any efforts to convince him that this name is not good branding failed.

Poland - A Polish Software company, Yuma, localized the product in Poland in the year 2000. They sold more than 70 TopManage packages in the first year to the Polish market that was eager for innovation and advanced technology. They also recruited 120 consultants and in fact have been one of the biggest partners since then. Nevertheless they soon realized that there is a need to cover more tax regulations and local best practices, a fact that reduced the number of new customers.

And so, the first years of the company were very challenging, but the direction was clear - Using the cutting edge technology and move to the global market.

The next chapter will focus on the transition of the product from the old and limited Codebase 5 database to Microsoft SQL 2000.