Soon after the acquisition and the years ahead, there were discussions regarding the go-to-market strategy of SAP Business One. The product became a part of the small and midsize business(SMB) group with another SMB product, SAP All-in-One, and positioning for a specific market segment became necessary. While SAP All-in-One was in fact SAP ERP (R/3) preconfigured solution for specific industries, SAP Business One was an end-to-end solution for small businesses.

As an initial step, SAP defined the target market of SAP Business One to sales, trade and service companies with 10 to 250 employees. This definition was the simplest for positioning the offering, but for sure later SAP refined this definition by targeting specific industries, business complexity, transactions volume, and others.

SAP Business One was the fourth attempt by SAP to get a deeper footprint in the SMB segment. This time the SAP board was highly involved with a lot of attention and investment.

A team headed by Hans Jürgen Uhink and Christoph Behrendt defined the main pillars of the strategy as follows:

1. Partners as the cornerstone of the strategy

It was clear that the SAP organization couldn’t handle the sales on a country level, and would rely on selected local partners that know the language, local business mentality and can sell, implement and support the customer for the long run. We established the following principles:

I’ll let Alex Rooney , VP of Vision33, share how the recruitment process of partners worked in the first days from his perspective.

“In the year 2003, my business partner Tony Whalen and I were looking for new business opportunities within the IT space. At the time, our company zedIT Solutions was doing IT Professional Services work for large enterprise customers such as Sony, Cisco, Quicksilver and Microsoft Business Solutions. I had developed some great personal relationships at Microsoft and I trusted the leadership there. During 2003 we began exploring the possibility of becoming a Value-Added Reseller (VAR) with Microsoft. It quickly became overwhelming with some 6,000 Microsoft partners already in business in America alone. How could we possibly make a name for ourselves in that ecosystem when we had no experience, little capital and heavy competition from well-established VARS?

“In May 2003, that all changed. My friend and customer at Microsoft Business Solutions called me and told me that SAP was in the process of introducing a brand-new ERP built from the ground up specifically for the small to medium business segment to the US market – SAP Business One. He went on to tell me that American Express Tax and Business Services had also picked up the product and were working on a go-to-market vertical strategy to address the wholesale distribution space. AMEX called the product ‘SAP Business One – The American Express Edition’. American Express in New York had signed up as a Master VAR for SAP, had assembled the required ISV Solutions and began building a national tiered partner program of VARS to sell ‘the AMEX Edition’. We met the AMEX team in June 2003 at an SAP Conference in Orlando, FL and heard the pitch. 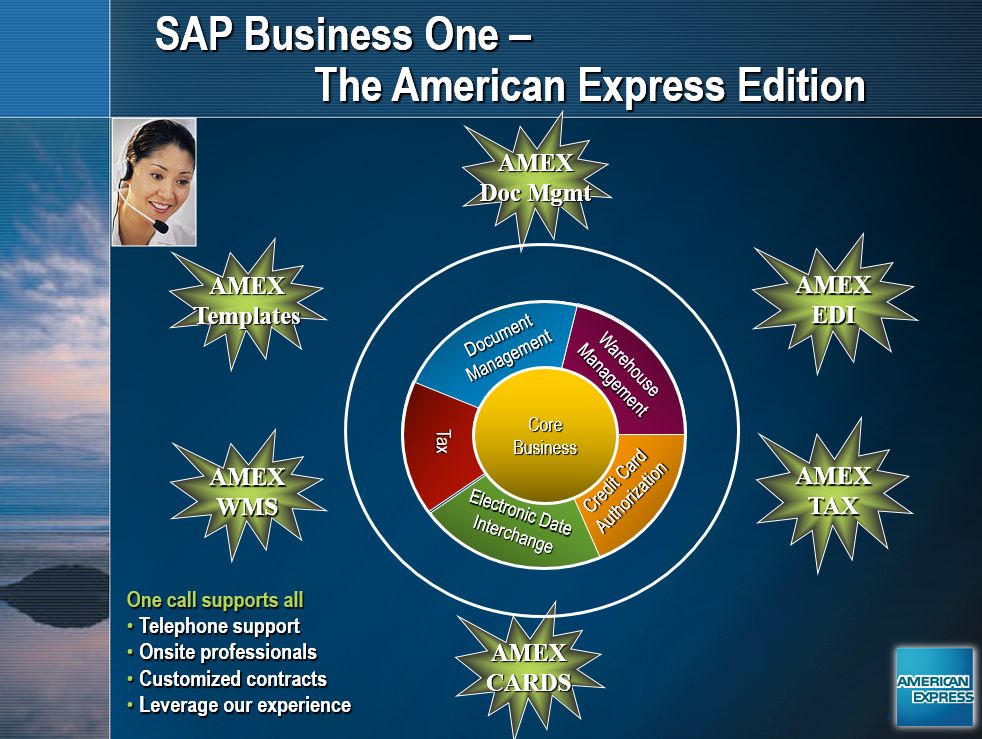 “We decided that this was an opportunity not to be missed. A new ERP from an industry leader meant we had a big brand and, as an early partner, had the chance to be first out of the gate. In terms of go-to-market, we had AMEX, the champions of SMB customer satisfaction and brand trust. In addition, we had, in our AMEX partnership, a demand generation machine and a help desk for one stop shop customer support.

“With some outside startup capital and sweat equity from a friend, we incorporated Vision33 as a new legal entity with one purpose – to sell SAP Business One. In the early days, the AMEX marketing machine was very strong and we received a tremendous number of leads and opportunities. There were also many challenges with our own inexperience at the time and a new product that had not yet been battled tested in America. We were working with version 6.2 at the start – boy the product has come a long way!

“After a very intense and fast paced 18 months, American Express wrapped up its partner program and Vision33 became a direct SAP Partner under the B1 partner program – in charge of our own destiny, we set out to expand the business as fast as possible and get to critical mass quickly so we could serve our customers better and actually make some money!!!”

Idit Saguey , Local product expert of NA and TopManage veteran also took part in the AMEX project “About a year after the acquisition of Top Manage, we started selling SAP Business One in North America, and there was a need for a consultant that had technical knowledge of the product. I was working for the support center in Israel since 1997 and was offered the job. "

"I was young, and a bit hesitant to move to a new country, leaving my friends and family, as well as my boyfriend of 2 years, which I knew I wouldn’t leave behind. So, we found the perfect solution – we decided to get married and relocate together! For many years, we had a joke saying this was an SAP arranged marriage. 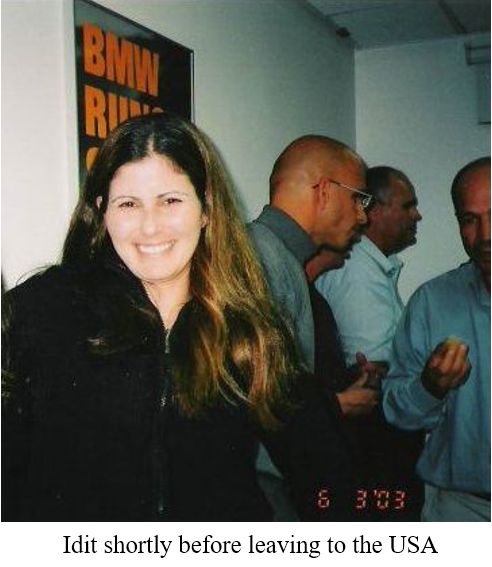 "In 2003 I moved, and we started enabling the first partners. Our first large collaboration was with AMEX, which offered a bundle of SAP Business One and their solution. It was similar to our current OEM model.

"Back than the US localization was not ready yet, with version 6.1, our first customers used the German localization. Many objects were in German, like the Chart of Accounts. It was challenging, but once we received the first US localization about 6 months after, we re-implemented the customers that were already live."

The market opportunity of small business is huge and can reach 60-70 million companies globally. The decision was to start with the simple segment and move step by step to the more complex companies. On the other side the installed base of large enterprises in SAP was also a huge potential and an example will be later in this chapter.

The main principles were:

Rainer Stern, currently VP - SAP Sales Acceleration & Leadership Programs was responsible in the early years to convince SAP large enterprises that SAP Business One is the best solution to their small subsidiaries. This is how he remembers it-

“In early 2004 I had the opportunity to join the sales organization “small and midsize businesses” at SAP in Germany. This was quite unusual, since throughout my nearly 10 years in the company I had been working with large enterprises. However, I very much liked the enthusiastic team and the optimism of the colleagues who reminded me of the early days of SAP when we were a startup company.

“Tatjana Walter, Peter Pfliegensdörfer, Ralf Spielmann and I took on the challenge to discover new territories with SAP Business One. Our mission was to sell this to subsidiaries of large enterprises. The opportunity was tremendous: Imagine if only 5% of our R/3 customer base would implement SAP Business One in five subsidiaries … we would become the heroes in sales. 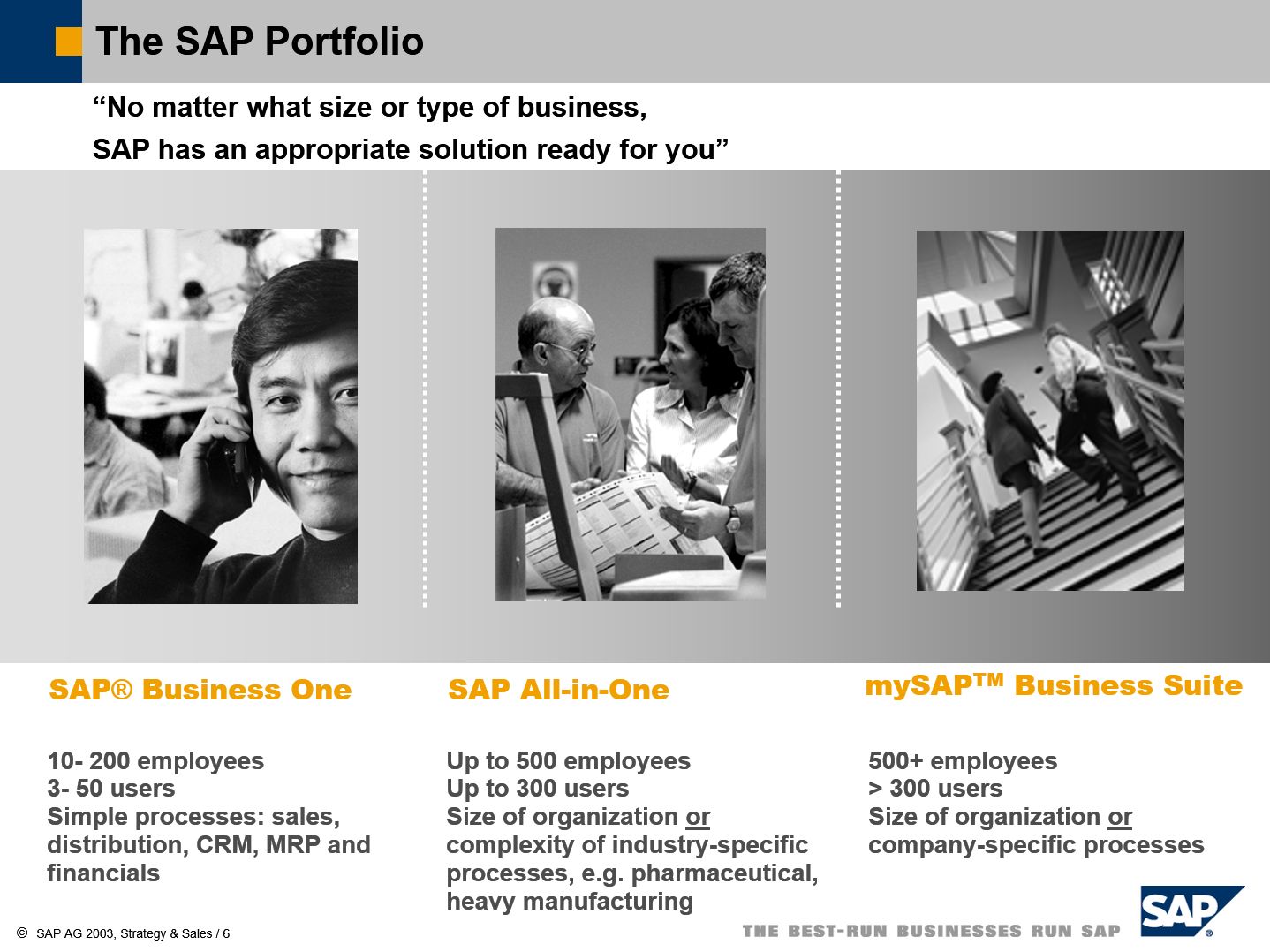 “I remember my first SAP Business One customer meeting in our headquarters in Walldorf. One of our SAP Business One partners invited me to provide the “SAP view” in that session. Of course, I arrived early in the morning to check the setup and there were two technical people in blue uniforms doing something. I said good morning but did not pay a lot of further attention… until the partner came in and greeted those two technicians very formally – they happened to be the CEO and the CFO of a small company. And they happened to be very proud of their blue uniforms with their company logo on it. That taught me an important lesson about my new customer base. And I had a lot more to learn.

“The team started to create a lot of attention and demand on the customer side and we could convince a few companies to implement SAP Business One in five to ten subsidiaries. What sounded like our first big success turned out to become an internal administrative nightmare. We could not convince our legal department to agree to the contractual formalities on SAP paper. In addition, we realized that some of the subsidiaries were located in countries without a SAP Business One country version. We also needed to figure out how to develop a network of partners to support this kind of global roll-out. Back then we met Tal Agassi, who was also selling SAP Business One to subsidiaries of Large Accounts in the USA. He told us about his tremendous success and large deals and helped us to overcome many obstacles. We engaged with larger partners and had discovery meetings with Tata and WiPro and started the first larger roll-out projects.

“In 2006 we started our campaign “Size doesn’t matter – SAP Business One for Large Accounts” and had our first large European customer summit in Heidelberg. We were overwhelmed by the customers’ positive reaction. In retrospective, this was one of the best events I can remember. It helped to lay the foundation for the business in the coming years. Today I’m in a different role and run enablement programs for worldwide sales at SAP. And we talk about one of the previous best kept secrets… SAP Business One for subsidiaries of Large Accounts.”

From a small local group, the development team grew into a big group that had to analyse the market requirements from many countries, make sure they comply to local and legal needs and add them in a reasonable time to the core. We supported this by: 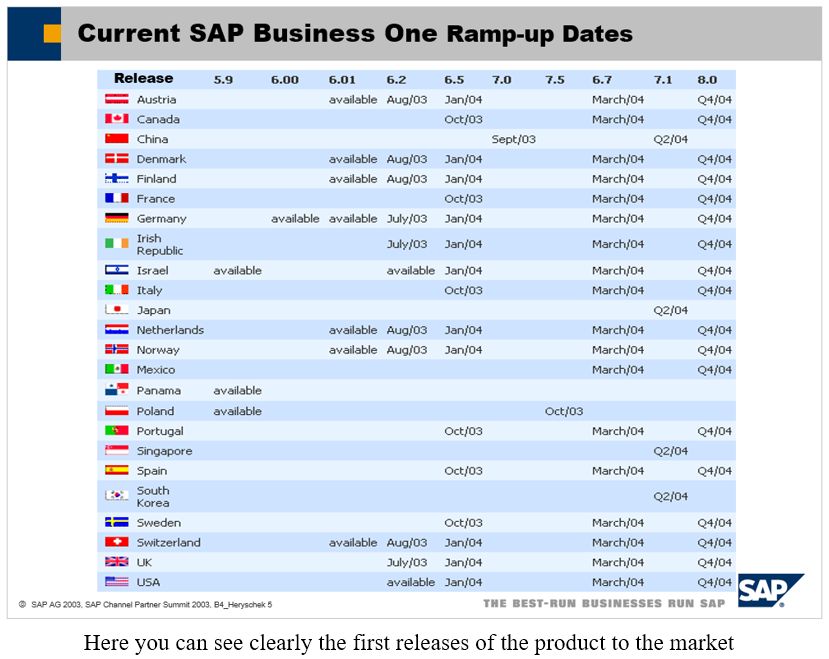 SAP Business One went through many changes and challenges since SAP acquired TopManage in 2002. The introduction of SAP HANA allows the product to approach bigger companies with even 500 users, and with the Cloud deployment we can offer affordable business management solution that provides choice, ease of use, and flexibility. Hundreds of complementary solutions extend the product to a wider range of industries, and the product has been implemented in more than 160 countries. And we certainly couldn’t do it alone – SAP’s partners are the cornerstone of our success with SAP Business One.